Arsenal TV was a sports television channel devoted to coverage of the English football club Arsenal F.C.. It was a part of the Setanta Sports package and was similar to other Setanta’s other channels Celtic TV, Rangers TV and LFC TV
Arsenal TV has been continued in the way of its successors being Arsenal’s Web Player and Arsenal on YouTube 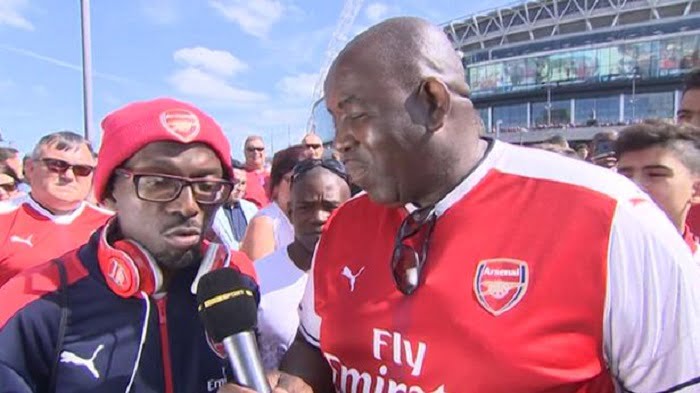 Arsenal TV had two timeshift channels which broadcast on Sky from 1.30am to 7.45am. Both channels aired the same programming seen on the main channel on different days, although not at the same time. The slots were likely meant to have been used for Satanta to launch additional channels, so they were possibly under short-term one-year contracts.
On 17 March 2008, Arsenal Replay was added to Sky Channel 424 (which later moved to 448). The channel was removed on March 27, 2009.
On 12 May 2008, AH TV was added to Sky Channel 454. It was pretty much the same channel as above, except the fact it aired on different days. The channel was removed on April 28, 2009.

Arsenal TV officially launched on 14 January 2008 on Sky Channel 423, however the channel was being tested on Sky for several days beforehand.[4] Arsenal TV was available as a part of the Setanta Sports pack on Sky until 23 June 2009. The channel remained available to ex-Setanta Sports subscribers until it closed.[5]
Arsenal TV joined Virgin Media on 18 March 2008 after a successful campaign by the club to get the channel on the service; it was available as part of the Setanta Sports package or TV Size XL.[6]
The TV channel screened on Monday to Fridays: 4.30pm – 2am and Sunday: 6pm – 2am.

On 23 June 2009, Setanta Sports entered administration and ceased broadcasting its core channels. Arsenal announced that Arsenal TV would continue broadcasting in the short term but that the club would evaluate its long-term viability.[8][9] On 22 July 2009, Setanta Sports administrators Deloitte announced that they would sell Setanta Sports’ Sky Digital EPG slots through Canis Media, including Arsenal TV’s slot on channel 435.[10]
On 31 July 2009, Arsenal announced that due to Setanta Sports’ administration and lack of resources to run a channel on their own, Arsenal TV would no longer be available on the Sky platform until further notice. Within this time, the club had explored alternative options regarding the future of Arsenal TV. However, for the short term, Arsenal TV was exclusively available online fully through the club’s online channel, Arsenal Player and partly upon Arsenal on YouTube as well.[1][2][11] All of Arsenal’s friendly matches prior to the 2009-10 season was shown exclusively on Arsenal TV Online apart from the Emirates Cup.[1]
On 4 August, the channel space on Virgin Media was replaced with an on-screen slate citing that the channel had ceased broadcasting, with the channel eventually being removed from the service a week later.
On 6 August, after carrying a similar on-screen closure message during the channel’s downtime since 4 August, the channel’s broadcast space on Sky went blank. The following day on the 7th of August, the channel was removed from the Sky EPG.